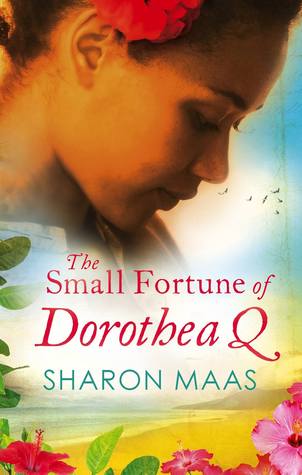 I received an e-arc of this book from the publisher via NetGalley in exchange for my honest review.
Publisher: Bookouture

An epic, mesmerizing tale of tragic loss, the strength of words left unspoken, and the redeeming power of love.

When she ran away from her childhood home in Guyana, Rika swore that she would never return. Cut off from her family, she has fought hard to make a life for herself and her daughter, Inky, in London. Now, over thirty tears later, Rika’s catankerous, wheelchair-bound mother, Dorothea, arrives in London. But as old wounds re-open, Dorothea and Rika are further apart than ever. Inky soon learns that her grandmother is sitting on a small fortune. As she uncovers the secrets of the past one by one, she unravels the tragedy that tore her mother and grandmother apart. But nothing can prepare her, or Rika, for Dorothea’s final, unexpected revelation.

Take one terrible family secret, add a pinch of tension spanning generations, finish with an immensely valuable family heirloom and… voilà! You now have a truly satisfying read. This is what I found in The Small Fortune of Dorothea Q.

I was initially intrigued by the title and the absolutely gorgeous cover (honestly, it’s so pretty it is worth picking up this book for the cover alone!), but I was soon captivated by the story and the colourful characters. True, the beginning I found quite slow, and I did have a little trouble following the narration, as it is divided between the three female protagonists (Dorothea, Rika and Inky), and the action in the three different decades. But as I got further into the story, I was completely sucked in and found myself wondering what the big, terrible secret was. And I’m quite pleased to say that, even though I had called a part of it early on and had been right, the author still managed to surprise me with the way she developed it (I know this sounds very cryptic, but it’s incredibly hard trying to avoid any spoiler at this point!). I also liked getting snippets of Guyanese history and culture throughout the book, which I thought added an interesting layer to the story.

As I already mentioned, I wasn’t too keen on the split narration initially, but it actually ended up being quite a strong point in the book for me as I progressed in the reading. Seeing the events unfold through the eyes of one or the other of the wonderful women in this book made me connect with them on a much deeper level, and actually avoided the terrible ‘big-plot-revelation-through-an-incredibly-long-character-speech’ pitfall. The character development was also truly well done. I didn’t care much for any of the characters in the beginning, since they pretty much all seemed very annoying and/or incredibly bossy.

But as the story progressed and I started figuring out all the things that had happened to them, I understood why the characters acted the way they did, and my judgment on them substantially improved. I still didn’t care very much for Inky, as I found her just a little too self-centred for my liking, but that’s just me being very judgmental about book characters.

Overall, this was a very entertaining read, at times sweet, at times sad. If you like family mysteries mixed with romance and tragedy, I really suggest you check this out.

4 thoughts on “Review: The Small Fortune of Dorothea Q by Sharon Maas”