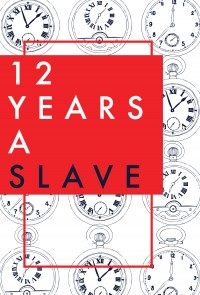 I received an advance reader copy of this book from Story Cartel in exchange for an honest review.

This is the true story of Solomon Northup, who was born and raised as a freeman in New York. He lived the American dream, with a house and a loving family – a wife and two kids. Then one day he was drugged, kidnapped, and sold into slavery in the deep south. These are the true accounts of his twelve hard years as a slave.

This book was an extremely intense read, particularly because all the events narrated have truly happened. For me, the idea that a free man could be so easily kidnapped and sold into slavery – where he remained for 12 whole years – is absolutely horrifying. And even more so because this can (and does) still happen today. One of the best features of this particular edition is that it contains an interactive guide to modern slavery, which draws parallels between Solomon Northup’s story and the situation of modern slaves. Very eye-opening, to say the least. The only negative aspect is that parts of this guide are placed throughout the narrative, interrupting the flow of the story several times.

Solomon Northup’s memoir is incredibly powerful, as he describes his 12 years of slavery in extreme detail, including several heart-breaking scenes of physical abuse. He is not afraid to acknowledge his own mistakes and fears, and relates the cruelty as well as the humanity of the people he meets, from his various masters to his fellow slaves. But even though he recognises the existence of “good masters”, the whole memoir casts a strong judgment against the society that allowed slavery to exist in the first place:

There may be humane masters, as there certainly are inhuman ones – there may be slaves well-clothed, well-fed, and happy, as there surely are those half-clad, half-starved and miserable; nevertheless, the institution that tolerates such wrong and inhumanity as I have witnessed, is a cruel, unjust and barbarous one.

Although the narrative is sometimes very slow-paced, it is for the most part a really compelling read. Definitely recommended for anyone looking to learn more about slavery, past and present, and wishing to reflect on the ever-current theme of equality.

What difference is there in the color of the soul?