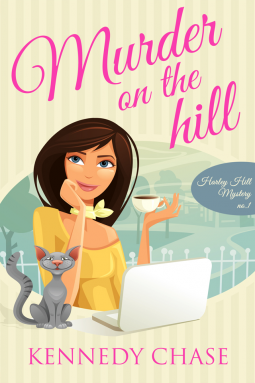 I received an e-ARC of this book from the publisher via NetGalley in exchange for an honest review.

Look out London, there’s a new investigator in town! Harley Hill is a twenty-five year old woman in need of a new identity. Until now she’s been known as many things: Thief, Bandit, The Girl Dressed Like a Ninja…

With the help of her new friends, and some from her underworld past, Harley faces a race against the clock. She’ll need to uncover the secret behind the artifact left at the jewelry store if she’s to catch the murderer. If she fails, it won’t just be the job she loses – but her life.

I normally love thief-turned-detective stories, and this was no exception. There is something I just find incredibly fascinating about morally dubious characters deciding to turn their life around and using their skills and underworld contacts to catch other criminals. And this is exactly what Harley Hill does in this book: with the help of an old friend, she decides to try making an honest living at least for a while, and reluctantly accepts a job at the Silvers Finders Agency. What was supposed to be only a temporary solution starts to look less and less so, as Harley starts to grow fond of her new employer and friend Cordelia and her dangerously handsome, police officer ex-husband.

The mystery itself was very original, lots of suspence there as it all starts with a break-in where nothing is taken, but actually something gets left behind, and deaths soon begin to multiply. Whenever I read a mystery book, I love to practice my amateur sleuthing skills trying to guess who the culprit is, even though I almost inevitably get it wrong. I guess it’s lucky I don’t actually have to do much detective work in real life, because that was the case also with this book. I was kept guessing until the end, and was very surprised when the solution was revealed. The clues were all there, except I didn’t put them together, while Harley did. You go girl!

The women in this book are just amazing: strong, independent and witty. I just wish Harley and Cordelia could be my friends! I also liked getting to know a little bit about Harley’s past to understand where she comes from. Not a lot of background was given, but as this is the first book in a series, I hope we’ll discover more about her in the next books. The only thing I wasn’t overly keen on was Harley’s inner debate because of her attraction to Alex and Cole. Now, they’re both very handsome and interesting men, so I get the emotional confusion, but I’m just not a fan of love triangles generally, and I find them really annoying. Luckily, though, this plays a really minor role in the story, and so it didn’t bother me too much.

Overall, this was a very enjoyable read. It was a funny and entertaining mystery, with memorable characters and a wonderful setting (beautiful, beautiful London!). The various subplots came together nicely in a very smooth ending. I’ll definitely check out the rest of the series!