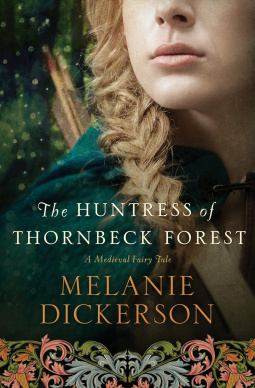 Swan Lake meets Robin Hood when the beautiful daughter of a wealthy merchant by day becomes the region’s most notorious poacher by night.

Odette justifies her crime because she thinks the game is going to feed the poor, who are all but starving. But will the discovery of a local poaching ring reveal a terrible secret? The one person Odette knows can help her could also find out her own secret and turn her over to the margrave, but she has no choice. Jorgen and Odette will band together to stop the dangerous poaching ring… and fall in love.

This book had the potential to be a fantastic read. I mean, “Swan Lake meets Robin Hood“?! That sounded almost too good to be true. I love retellings, and am a huge fan of Robin Hood, so I delved right into this, expecting tons of action and swoon-worthy romance. And, partly I got it. Unfortunately, it didn’t quite live up to my expectations, and I was left feeling just a little unsatisfied.

BUT! The good bits first. I really liked Odette as a heroine. She really has it all: she leads a secret double life, is a fantastic archer, and is compassionate and kind enough to take care of the city’s poor children, feeding them and teaching them to read and write. I also liked the depth she had, struggling with all her internal conflicts (particularly when she questions whether her breaking the law in poaching can be justified by the fact that she is feeding the poor), as well as her past. I also quite liked Jorgen, who was also developed fairly well. And their romance really was swoon-worthy, and fluffy to the right point, so I was very happy and satisfied with that.

Unfortunately, there were also several things that didn’t really work for me. For starters, the secondary characters just felt incredibly flat and one-dimensional, which for me is a really big deal in a book. And yes, there were a few “villains” that our heroes had to confront, but they never did feel particularly threatening or dangerous, except in a couple of scenes towards the very end. And this lack of tension was another of the reasons why I felt disappointed. From reading the blurb, I had gotten the idea that Jorgen and Odette would embark on a dangerous, action-filled adventure to uncover those responsible for the poaching ring. Well, no such thing ever happens! I’m not going to give any more details on this to avoid any spoilers, but this was a huge let down for me. And there were no big twists at the end to rescue this either, particularly since I saw the whole thing coming before I was even a quarter into the story…

I also had trouble being completely immersed in the story, since there were frequently points were I just had to stop and wonder how historically accurate this novel was. Of course, it is sold as a “Medieval Fairy Tale”, so I wasn’t expecting a history book, and I wasn’t around in the 1300s, so I don’t really know how things worked back then. But there were several instances where I just could not help but think that what I was reading felt really unrealistic, and that bugged me.

Now, let me be clear, this was not a bad read, and if you’re even mildly intrigued by the blurb, by all means check it out by yourself! You may fall incredibly in love with this book, even though I didn’t. I think I might have enjoyed it a bit more if I had been expecting less action (and magic! How can there be a fairy tale with no magic? I’m incredibly sad because of this…) and had gone for this just as a romance book. Because the romance really works, and the main characters are adorable, with all their complications and communication issues.

The Huntress of Thornbeck Forest
released May 12, 2015!