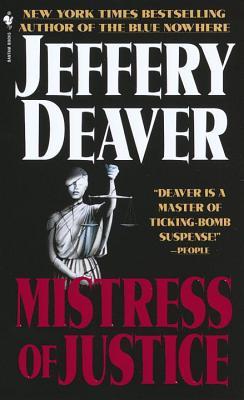 Taylor Lockwood spends her days working as a paralegal in one of New York’s preeminent Wall Street law firms and her nights playing jazz piano anyplace she can. But the rhythm of her life is disrupted when attorney Mitchell Reece requests her help in locating a stolen document that could cost him not only the multimillion-dollar case he’s defending, but his career as well.

Eager to get closer to this handsome, brilliant and very private man, Taylor signs on… only to find that as she delves deeper and deeper into what goes on behind closed doors at Hubbard, White & Willis, she uncovers more than she wants to know – including a plentitude of secrets damaging enough to smash careers and dangerous enough to push someone to commit murder. Yet, who is capable of going to that extreme? With her life on the line, Taylor is about to learn the lethal answer…

This was my third Jeffery Deaver book (though I still have to read The Bone Collector!), and I have to say I was expecting a little bit more than I got with this one. Mistress of Justice wasn’t a bad read by any means, but it just didn’t quite meet my expectations.

First off, let me say that I LOVE legal thrillers. I don’t mind long courtroom scenes, or the descriptions of endless hours of research and detailed explanations of finer legal points. But here, there is a lot of telling rather than showing. And for me it just ended up making the story move really slowly. I was expecting a lot more excitement and nail-biting suspense than I got. But even so, I still found it interesting enough to read, and I was curious about where it would end up. Because I was so sure that there would be a big twist at the end that I wouldn’t see coming. I mean, I was starting to think it would end one way, but the big reveal would prove wrong. Right? Wrong! Turns out the unpredictable ending was actually really pretty predictable. And that is just plain disappointing.

I did really like Taylor, though! She’s smart and driven, she knows what she wants and fights to get it. I loved the depth her character had, and how hard she struggled to keep fighting for her dreams. The rest of the cast I wasn’t as impressed with. Where Taylor is developed very well, all the other characters seem very one-dimensional and experience very little (if any) growth throughout the book. A few of them were so dull and unremarkable that I kept mixing them up even well into the book!

Overall, this was an entertaining book, but hardly one that I will re-read anytime soon.