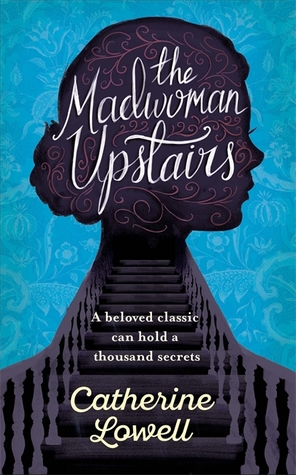 Think you know all about Charlotte, Emily and Anne? Think again.

Samantha Whipple – a young American woman – is the last remaining descendant of the famous Brontë family, of Wuthering Heights and Jane Eyre fame. After losing her father, a brilliant author in his own right, Samantha travels to Oxford in search of a mysterious family inheritance, described to her only as ‘The Warnings of Experience’.

While at Oxford, Samantha studies under Dr J. Timothy Orville III, a disarmingly handsome tutor who seems nothing but annoyed by her family heritage. With Orville as her tempestuous sidekick, Samantha sets out on a mission to piece together her family’s history – which, it turns out, could also be literature’s greatest buried secret. A witty modern love story that draws from the enduringly popular classics.

This is a very difficult book to review, for me. It was by no means a bad book, but I can’t deny it left me feeling very disappointed. While there wasn’t anything terribly wrong with it, I just couldn’t help but feel the pages dragging on. It’s probably only a typical case of “it’s not you, it’s me” and it’s likely I wasn’t in the right mood for this, but the end result is just: meh.

The book focuses on Samantha Whipple, the last descendant of the Brontës and her quest to put together the pieces in the puzzle her father left as her inheritance after his death. I had a great deal of trouble in connecting with Samantha as a character. True, she had a very particular childhood, being homeschooled by her eccentric father, which definitely accounted for her underdeveloped social skills. But, whilst some of her awkwardness was charming, most of the time she just resulted terribly annoying. I also wasn’t terribly sold on the romance, which is actually a fairly central part of the story. Orville was quite an appealing character, and I did like some of the banter between him and Samantha, but ultimately their relationship felt kind of forced and definitely very asymmetrical, as she constantly feels inferior to him, intellectually and not.

What I did really enjoy in this book was getting lots of insights into the life and work of the Brontës. Charlotte, Emily and Anne hover in the background throughout the whole book, and their works feature heavily. I particularly enjoyed the fact that a lot of emphasis was put on Anne and her work. I have to admit I wasn’t very familiar with her character, and I have never read her books, so it was very pleasant to get to know her in more depth. I may actually go and read some of her work now.

Overall, this was a fairly average read, pleasant enough not to abandon halfway through but ultimately forgettable in the short term.

1 thought on “Review: The Madwoman Upstairs by Catherine Lowell”