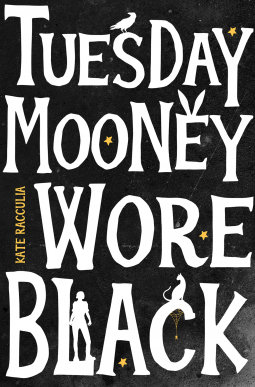 A dying billionaire sends one woman and a cast of dreamers and rivals on a citywide treasure hunt in this irresistible novel by the author of Bellweather Rhapsody.

Tuesday Mooney is a loner. She keeps to herself, begrudgingly socializes, and spends much of her time watching old Twin Peaks and X-Files DVDs. But when Vincent Pryce, Boston’s most eccentric billionaire, dies – leaving behind an epic treasure hunt through the city, with clues inspired by his hero, Edgar Allan Poe – Tuesday’s adventure finally begins.

Puzzle-loving Tuesday searches for clue after clue, joined by a ragatg crew: a wisecracking friend, an adoring teen neighbor, and a handsome, cagey young heir. The hunt tests their mettle, and with other teams from around the city also vying for the promised prize – a share of Pryce’s immense wealth – they must move quickly. Pryce’s clues can’t be cracked with sharp wit alone; the searchers must summon the courage to face painful ghosts from their pasts (some more vivid than others) and discover their most guarded desires and dreams.

A deliciously funny ode to imagination, overflowing with love letters to art, from The Westing Game to Madonna to the Knights of the Round Table, Tuesday Mooney Wore Black is the perfect read for thrill seekers, wanderers, word lovers, and anyone looking for an escape to the extraordinary.

Well, this was… messy? I don’t even know anymore… Tuesday Mooney Wore Black started from a great premise: billionaire treasure hunt with a quirky and mismatched groups of people? I was sold! Unfortunately, the more I read the less I enjoyed it, and by the time I got to the end I was speechless and not in a good way.

The idea for this was absolutely brilliant, and I loved the initial set up and mystery. As the story progressed, however, it started to get more and more complicated. I usually enjoy a good complex mystery, and even mixing up elements from various genres in one story, making it more original and avoiding the usual tropes. Here, though, it felt like the book was trying to do too many things at the same time, and didn’t leave itself space to do any one of them fully.

Character development was also hit-and-miss for me. Tuesday and her neighbour Dorry were definitely my favourite characters and they both grow loads throughout the book, which I loved to see. The rest of the cast… meh. There were way too many characters, some of which really felt like little more than placeholders, so much so that I could hardly remember their names let alone why they were there in the first place. And even with the most important supporting characters, by the time we finally got to the ending they fell completely flat.

Overall, I was really sad not to have liked this more, but there were too many inconsistencies for me to fully enjoy it. I definitely seem to be in the minority here though so, if the blurb intrigues you, give it a go and see what you think!