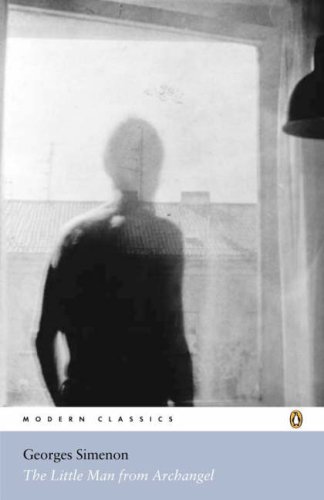 It was to protect Gina’s reputation that Jonas had told the little lie. She had often gone off with younger men since their wedding. In fact, her family, most of the neighbours –  they all knew. How could the timid little bookseller foresee the dumb hostility and suspicion, the police inquiries, the ugly discoveries his lie would provoke in the place he called home?

*ATTENTION* This review contains some spoilers (that I have hidden), but BEWARE if you are reading this in email, as that may not work.

To be quite honest, I’m not entirely sure of what I thought about this book. I feel like I liked it, but at the same time, something was missing and so I didn’t LOVE it. Now, if only I could figure out what that was…

The basic plot is very simple: Jonas Milk, a shy Jewish librarian of Russian origin living in France, wakes up one morning to find that his (much younger) wife has disappeared. Since she had many affairs, and had already disappeared in the past with one of her lovers, he doesn’t think much of it and just waits for her to come back. But when his neighbours and her family start asking questions about where she is, he lies, saying she went to visit a friend in a nearby town. What he didn’t anticipate is that everyone would start suspecting him of having killed her. The whole book essentially explores this situation, starting from the moment Jonas tells this little lie for the first time, and following the evolution of the situation.

Not a lot actually happens throughout the story, as we mostly follow Jonas as he tries to continue leading a normal life, while wondering where his wife might be and why everyone around him is suddenly treating him differently. Of course, that is exactly the point of this book, since it’s not a mystery/thriller, but feels more like a character study than anything else. What I found really interesting is that the story is told entirely from Jonas’ POV, so we know exactly what he is thinking and feeling at any point. But that’s all we ever know, as there is no objective narrator, and no other POV to compare it to. It was fascinating to follow Jonas as he starts to come to terms with reality, and it was heartbreaking to witness first-hand his pain as he realises that the people he thought were his friends and among whom he grew up can abandon him so quickly.

And, for me, that was the most important and beautiful part of the book: the underlying theme of acceptance of diversity that ran throughout. Even though Jonas has lived within the same community since he was a child, he has never truly been accepted by the people. Those he believes to be his friends, have actually never stopped seeing him as a foreigner, as “the little man from Archangel” or the “Russian librarian”. In this sense, the book sends a really powerful message, by showing us exactly what consequences this type of behaviour can have on the people who experience it,

Even though the story was really intense and thought-provoking, it still had something that didn’t quite do it for me, although I really could not point out one single thing and say: “That’s it! That’s the reason I couldn’t like this book quite how much I wanted to!” Maybe it was the writing style, maybe it was all the introspection, maybe it was the fact that I had SO MANY questions that were never answered. I just don’t know. What I do know is that it took me a very long time to read this book, considering how short it is (standing at less than 200 pages), and I was never fully involved in the story, no matter how much I tried to engage with it. It is definitely worth reading though, particularly if you are looking for a book that will make you really think about acceptance and diversity, and the prejudices that sometimes we can never get rid of.