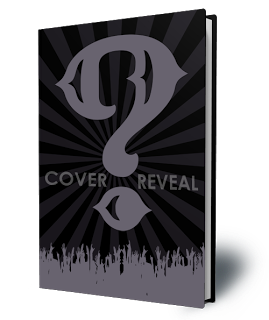 Hi everyone! I’m so incredibly excited to share this post with you. Today Michelle Hauck and Rockstar Book Tours are revealing the cover for FAITHFUL, book two in the Birth of Saints series which releases November 15, 2016! Check out the gorgeous cover and enter to win a SIGNED copy of book 1 GRUDGING!

I read Grudging this year and I absolutely L O V E D IT!!! I can’t wait to read Faithful and go back to Colina Hermosa once more.

On to the reveal! 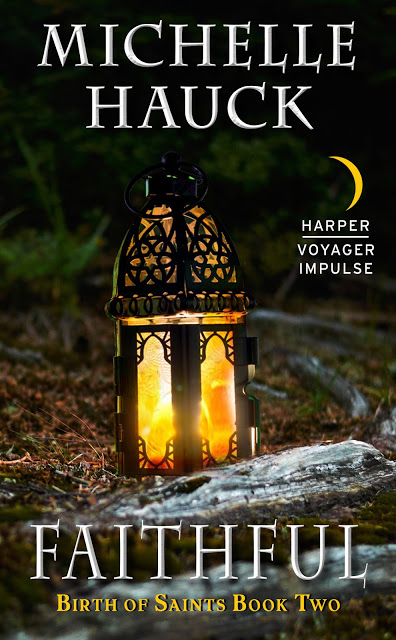 Following Grudging–and with a mix of Terry Goodkind and Bernard Cornwall–religion, witchcraft, and chivalry war in Faithful, the exciting next chapter in Michelle Hauck’s Birth of Saints series!

A world of Fear and death…and those trying to save it.

Colina Hermosa has burned to the ground. The Northern invaders continue their assault on the ciudades-estados. Terror has taken hold, and those that should be allies betray each other in hopes of their own survival. As the realities of this devastating and unprovoked war settles in, what can they do to fight back?

On a mission of hope, an unlikely group sets out to find a teacher for Claire, and a new weapon to use against the Northerners and their swelling army.

What they find instead is an old woman.

But she’s not a random crone—she’s Claire’s grandmother. She’s also a Woman of the Song, and her music is both strong and horrible. And while Claire has already seen the power of her own Song, she is scared of her inability to control it, having seen how her magic has brought evil to the world, killing without reason or remorse. To preserve a life of honor and light, Ramiro and Claire will need to convince the old woman to teach them a way so that the power of the Song can be used for good. Otherwise, they’ll just be destroyers themselves, no better than the Northerners and their false god, Dal. With the annihilation their enemy has planned, though, they may not have a choice.

A tale of fear and tragedy, hope and redemption, Faithful is the harrowing second entry in the Birth of Saints trilogy.

Not for the first time, Claire reconsidered her decision to stay when Ramiro had asked her. She’d lingered out of curiosity—and truthfully because it felt good to be needed—but they didn’t need her now with the Northern army defeated. She could return to the swamp and away from so many people. Despite her hopes of friends and community, she felt awkward here. Reason said she’d get used to their ways, but being around so many folk made her want to hide. Everything pressed down. The walls of the tent shrunk, pinning her in, and smothering her. It became hard to breathe.
She reached for a fresh strip of cloth, only to have her hand shake. She snatched the material and began to roll it, trying to shut out everything else, including her own doubts.
Before she could find a semblance of peace, though, someone shouted. Ladies screamed. Claire looked over her shoulder at the noise. A brown-bearded man in a poncho and a floppy hat ran in her direction. “My family is dead, because of the evacuations. Because of you.”
Claire gasped. He seemed to be talking to Beatriz, then his gaze found Claire.
“Witch!” His outstretched hand suddenly held a long butcher knife. “Witch! Stay away from us! Murderer! Abomination! Die!”
Fronilde dropped to the ground, but Claire couldn’t move. Surprise robbed her brain of a Song to stop him. Even the words of the Hornet Tune, which she knew as well as her name, deserted her. The man closed as everyone scrambled out of his way. Then Beatriz sprang from her chair to stand over Claire, holding up her hand. The tall, black-lace mantilla atop her head waved like a flag. “Stop.”
Something about the authority in the First Wife’s voice—or maybe her simple resistance instead of cringing or scrambling away—brought the man up short, making him pause for a moment. Just the moment the bodyguard needed to crush the lunatic to the floor and overpower him, wrestling free the knife. More guards came running from outside.
Breath rushed back in Claire’s lungs. Beatriz sniffed and touched a spot on her chest over her heart and then her forehead and stomach areas. “Imbecile. He didn’t know who he was dealing with.” 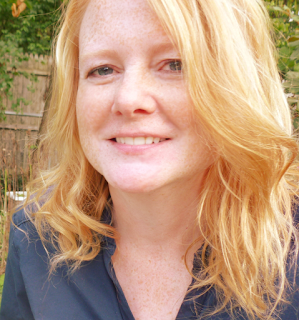 She is a co-host of the yearly contests Query Kombat and Nightmare on Query Street, and Sun versus Snow.Her epic fantasy, Kindar’s Cure, is published by Divertir Publishing. Her short story, Frost and Fog, is published by The Elephant’s Bookshelf Press in their anthology, Summer’s Double Edge.

Giveaway Details:
2 winners will receive a signed  of GRUDGING, US Only.