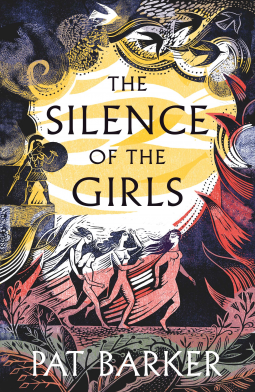 The ancient city of Troy has withstood a decade under siege of the powerful Greek army, which continues to wage bloody war over a stolen woman: Helen. In the Greek camp, another woman watches and waits for the war’s outcome: Briseis. She was queen of one of Troy’s neighbouring kingdoms until Achilles, Greece’s greatest warrior, sacked her city and murdered her husband and brothers. Briseis becomes Achilles’s concubine, a prize of battle, and must adjust quickly in order to survive a radically different life, as one of the many conquered women who serve the Greek army.

When Agamemnon, the brutal political leader of the Greek forces, demands Briseis for himself, she finds herself caught between the two most powerful of the Greeks. Achilles refuses to fight in protest, and the Greeks begin to lose ground to their Trojan opponents. Keenly observant and coolly unflinching about the daily horrors of war, Briseis finds herself in an unprecedented position to observe the two men driving the Greek forces in what will become their final confrontation, deciding the fate not only of Briseis’s people, but also of the ancient world at large.

Briseis is just one among thousands of women living behind the scenes in this war – the slaves and prostitutes, the nurses, the women who lay out the dead – all of them erased by history. With breathtaking historical detail and luminous prose, Pat Barker brings the teeming world of the Greek camp to vivid life. She offers nuanced, complex portraits of characters and stories familiar from mythology, which, seen from Briseis’s perspective, are rife with newfound revelations. Barker’s latest builds on her decades-long study of war and its impact on individual lives – an dis nothing short of magnificent.

I love retellings. There’s something particularly enjoyable for me in reading a familiar story from a different point of view, and I particularly enjoy the ones where traditionally male-centric stories are re-told from women’s perspectives. Similarly to other great retellings, like The Penelopiad and Circe, The Silence of the Girls takes on Greek mythology, and in particular the Trojan war.

The book is told entirely through the point of view of Briseis, a queen forced to become a slave after the Greeks conquer her city and murder her husband. While in the original Briseis is little more than a plot device to explain Achilles’s rage and refusal to fight, here she finally takes on a full life, and her story is told fully. All the characters, from the well-known Greeks heroes to the mostly-forgotten women who live with them, are beautifully portrayed and explored, and I really enjoyed seeing them interact in new ways. Briseis and the other women really take centre stage here, and they hold it perfectly, sharing their stories so that they will not be forgotten, and in so doing remembering all the women whose voices were taken away.

Although I mostly found this an interesting and gripping new take on an old classic, there were a few times where the pacing of the book fell a bit flat for me and it felt somewhat repetitive, especially in some parts describing camp life. I was also not too keen on how much focus was on Achilles at one point – we got enough of that elsewhere, and I just didn’t feel the need for it here. This book also openly discusses violence of various kinds and rape, which might be triggering to some people.

Overall, The Silence of the Girls was an excellent retelling, giving us some insight in the life of the voiceless and forgotten. Ultimately, it is a tale of resilience and resistance, in whichever way that may be possible, and the real, human effects of war once the glamour and glory are removed.

1 thought on “Review: The Silence of the Girls by Pat Barker”