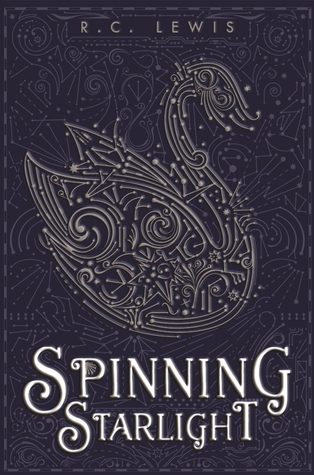 Sixteen-year old heiress and paparazzi darling Liddi Jantzen hates the spotlight. But as the only daughter of the most powerful tech family in the galaxy, it’s hard to escape it. So when a group of men shows up at her house uninvited, she assumes it’s just the usual media-grubs. That is, until shots are fired.

Liddi escapes, only to be pulled into an interplanetary conspiracy more complex than she ever could have imagined. Her older brothers have been caught as well, trapped in the conduits between the planets. And when her captor implants a device in Liddi’s vocal cords to monitor her speech, their lives are in her hands: one word and her brothers are dead.

Desperate to save her family from a desolate future, Liddi travels to another world, where she meets the one person who might have the skills to help her bring her eight brothers home – a handsome dignitary named Tiav. But without her voice, Liddi must use every nit of her strength and wit to convince Tiav that her mission is true. With the tenuous balance of the planets deeply intertwined with her brothers’ survival, just how much is Liddi willing to sacrifice to bring them back?

Haunting and mesmerizing, this retelling of Hans Christian Andersen’s The Wild Swans strings the heart of the classic with a stunning, imaginative world as a star-crossed family fights for its very survival.

When news of this book first came out, I was super-excited just at the idea of reading it. Then, somewhere along the way, it got lost in my TBR pile and was partly forgotten… until it recently resurfaced powerfully! I’m really happy that I finally got round to reading Spinning Starlight, even though I did have some problems with it.

My main issue with this book was with the world building. The idea of these separate planets, each with their own specialty, interacting with each other was pretty interesting to start with. However, I quickly found myself lost, in that I had real trouble in even just imagining what this world actually looked like. We are given very little information about Sampati, the planet where our heroine resides, which led me to just think of it as a super technological metropolis, but left me quite unsatisfied. In the same way, I had no idea on how to picture Ferinne, where Liddi travels to, and the description of all the various alien races she encounters there was underwhelming at best.

There is also a lot (and I mean A LOT) of technological/engineering talk going on in this book, which just went over my head. The explanations felt much more complicated than they should be, and I frequently had to re-read some passages just to attempt understanding what was being said. Needless to say, I didn’t actually succeed all of the time, which was quite frustrating. This also slowed the pace for me, making entire sections of the book feel as if nothing was happening. Actually, nothing is kind of what was going on, as a great deal of the central part is dedicated to Liddi learning how to read and write, since super-tecno Sampati got rid of all written forms of communication.

But! Enough with the negativity, let’s move on to the positives. I really liked Liddi as a character: she was very well developed and rounded, and really experiences a successful growth arc throughout the book. I enjoyed getting inside her head and getting to know all her insecurities and fears, as well as her dreams and her fierce love for her brothers. Liddi’s determination to find a way to free her brothers despite all her previous unsuccessful attempts at being a technological genius as expected from her, is definitely one of the best characteristics in her personality. Also, way to go R.C. Lewis for having a female main character who’s into technology and does all her saving herself! Tiav was also a good character to meet: he’s nice and caring and really goes out of his way to help Liddi, even when she makes this incredibly difficult. Happily, the romance wasn’t the centre of the story, and just occupied a small space in the background.

Overall, this was a good read, with interesting characters and retelling a less-known fairytale so it never feels like reading the same story over and over again. There are some issues in pacing and world-building, but they don’t ruin the whole reading experience. Recommended for fairytale, retellings and sci-fi lovers.